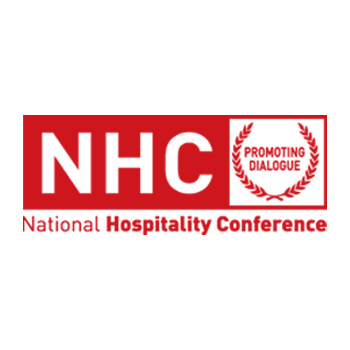 J & C Kenny Ltd – the Oranmore based wine and spirit distributors- have been named as one of the three of the ‘Best Drinks Supplier’ in Ireland at this year’s National Hospitality Awards along with fellow drinks suppliers Heineken and Diageo. The awards ceremony was held on Monday last (22nd October) in the Four Seasons Hotel, Dublin.
This is a fantastic achievement for the small team based in the West of Ireland, as they were competing alongside multinational companies and recognised brands also nominated in the category.  The award itself was not chosen by a panel of judges but in fact by J & C Kenny customers who nominated them to Hospitality Ireland Magazine in the ‘Best Drinks Supplier’ category.  Accepting the award,  Jackie Kenny of J & C Kenny Ltd tells, “We are honoured that our customers have chosen us to receive such a prestigious award. We have such loyal customers and we are truly thankful to them for taking the time to nominate us. We would like to offer our sincere congratulations to all the winners and nominees in our and the other categories also”.

J & C Kenny Ltd grew out of a vision to offer customers a quality service with competitive prices, and it’s still that very principle on which the company operates.

This website uses cookies to improve your experience while you navigate through the website. Out of these cookies, the cookies that are categorized as necessary are stored on your browser as they are essential for the working of basic functionalities of the website. We also use third-party cookies that help us analyze and understand how you use this website. These cookies will be stored in your browser only with your consent. You also have the option to opt-out of these cookies. But opting out of some of these cookies may have an effect on your browsing experience.
Necessary Always Enabled
Necessary cookies are absolutely essential for the website to function properly. This category only includes cookies that ensures basic functionalities and security features of the website. These cookies do not store any personal information.
Non-necessary
Any cookies that may not be particularly necessary for the website to function and is used specifically to collect user personal data via analytics, ads, other embedded contents are termed as non-necessary cookies. It is mandatory to procure user consent prior to running these cookies on your website.
SAVE & ACCEPT